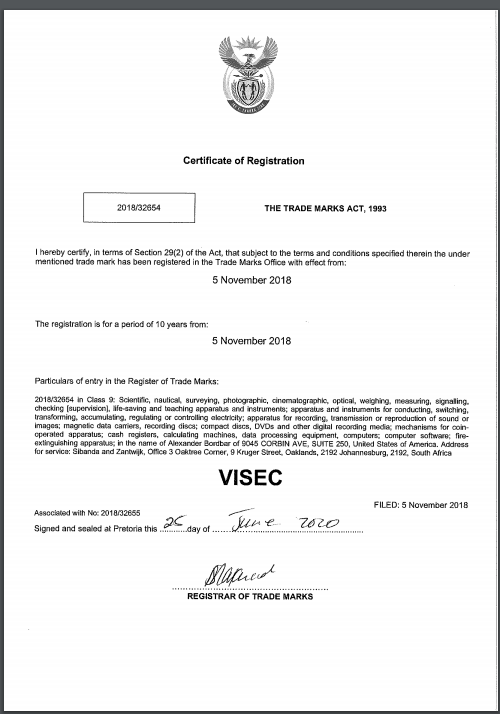 The South African Government has awarded a trademark of the name "Visec" to its original founder, further solidifying the legal nature and ownership of the brand Internationally that Visec has maintained since 2002 in the USA and in South Africa. No other firm but Global Tech Asset Partners is licensed or allowed to use this mark according to South African law.

This also establishes a legal precedence not just in South Africa but in other African nations based on the Organisation Africaine de la Propriété Intellectuelle (OAPI) (17 members, mostly French speaking countries), and the African Regional Intellectual Property Organisation (ARIPO) (19 members, mostly English speaking countries) which between them represent represent 36 of the 54 countries. Furthermore, OAPI was also recently added to the Madrid Protocol, an international treaty of trademarks in over 90 countries delivering an unchallengeable international brand to Visec.